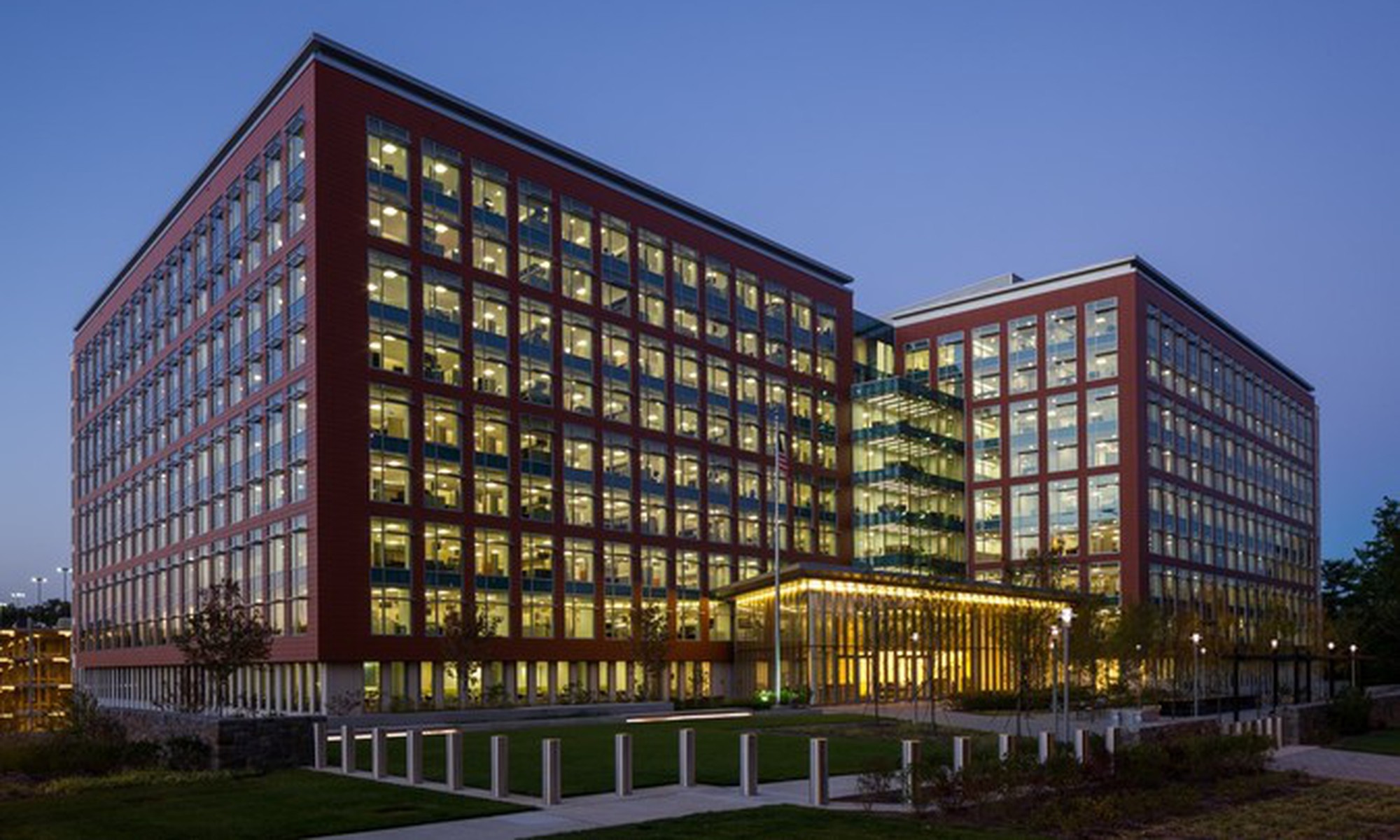 One of the unique aspects of this project was our involvement with the developer (JBG Companies) from the inception of the RFP for the facility, through the design assist phase, implementation of the design, and final commissioning.

The building is served by eight independent utility electrical service switchboard (seven 4000A and one 400A at 480V). This configuration allows for segregated independent electrical services that, when combined with the generation plant, allowed for selective operation of the various building areas. The temporary construction service consisted of a 2500A NEMA 3R switchboard which served three tower cranes, as well as construction temporary for the building and garage.

The generator plant consists of four 2.5 MW Diesel Powered Generators. These generators operate in parallel and are controlled by an independent switchgear. The feeders from this switchgear were connected to the utility services. The operation of these components required a special control system specifically designed for the function. Generators were built with custom enclosures to maintain very strict sound requirements (56db) for the surrounding residential area.

The life safety needs for the building were provided by a 750KW diesel driven generator.

A major component of the building was the Research Data Computing Facility (RDCF). This component grew from a “standard” data center to a facility that supported an array of racks (Thirty-three at 12KW, Fifty-four at 23KW and Twenty-seven at 40KW). The UPS system consisted of five 825KVA N+1 UPS modules connected independently of each other. The output of these modules were distributed to individual 225KVA PDU’s via integrated output switchboards. Each PDU fed overhead Starline busway which in turn fed the racks. The Starline busway was circuited to obtain an A/B feeder configuration to the racks.

The complete lighting system was controlled by a Lutron Quantum wireless system and consisted of a total of 750 individual lighting dimming control panels, which were prefabricated with junction boxes before shipment.

The project was completed July 2014 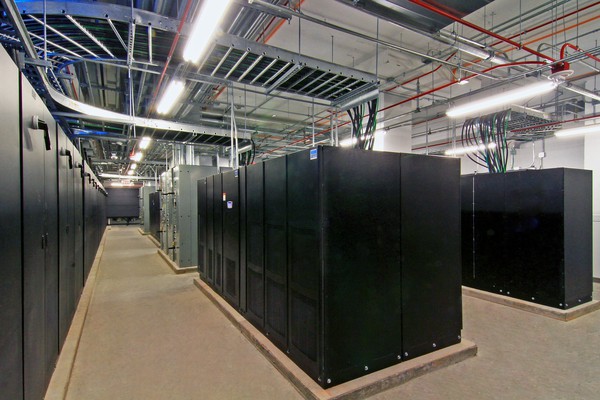 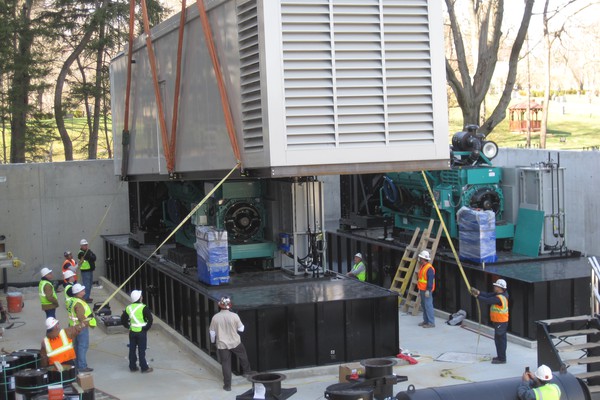